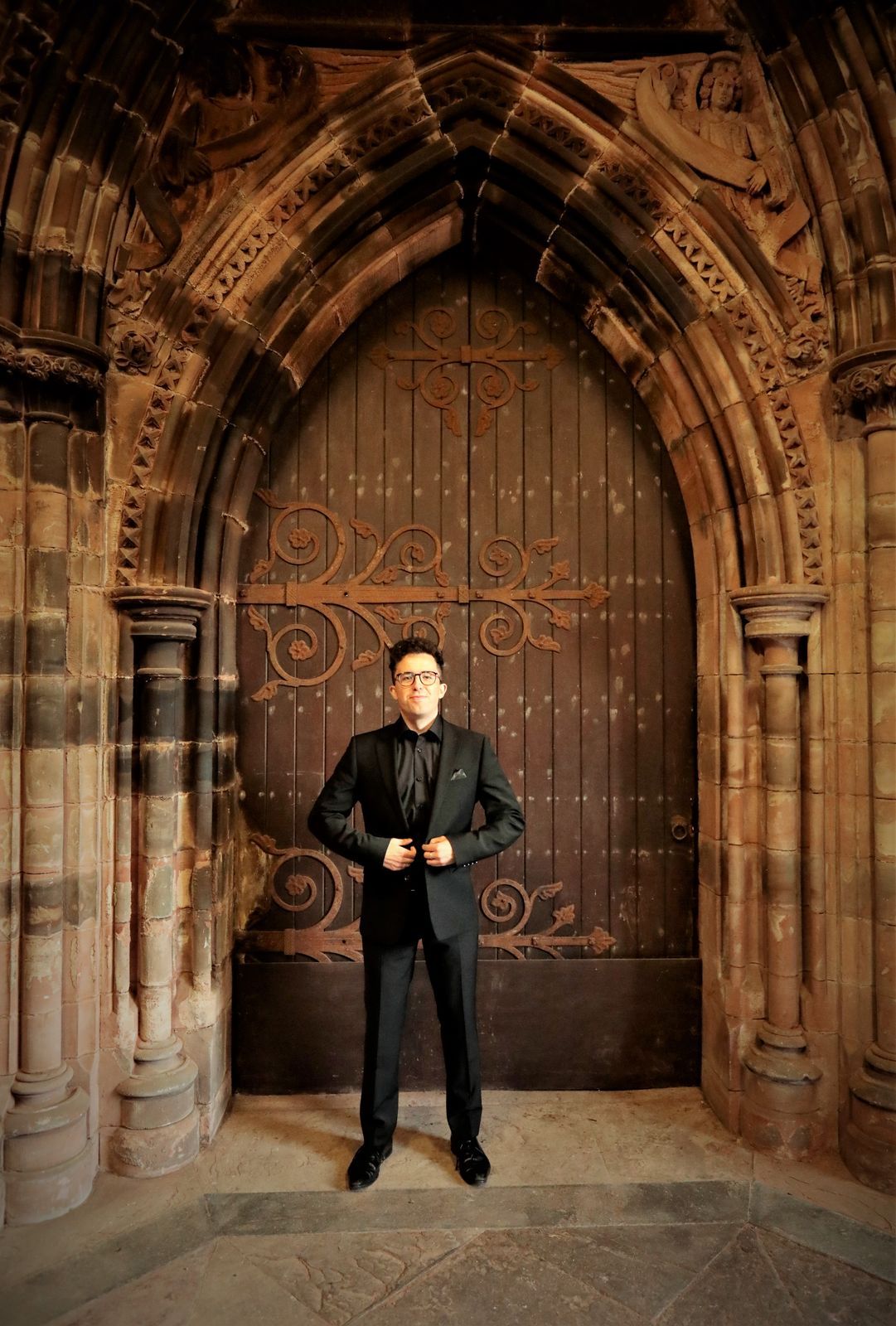 We were delighted to appoint Matthew Quinn as our new Musical Director with effect from 1st January 2022, succeeding Donal McCrisken who had recently retired from the choir.

Matthew Quinn is a Northern Irish conductor, composer and singer. Working across the UK and Ireland, Matthew has conducted a range of high-quality ensembles such as Northern Ireland Opera, Crouch End Festival Chorus, Hallam Sinfonia, Genesis Sixteen, and Manchester Philharmonic Choir. He has also recently made his professional debut with both the RTÉ Concert Orchestra and the Ulster Orchestra. He is currently a young artist at Northern Ireland Opera and was a 2021-2022 Genesis Sixteen conducting scholar where he studied under Harry Christophers and Eamonn Dougan. Previous young artist positions include Crouch End Festival Chorus Young Conductors scheme, studying with David Temple MBE. His music theatre piece he has created, ‘Érainn’, setting his own family story at the turn of the 20th century in Ireland received its premiere in Belfast in Spring 2022, which will be followed by a recording later in the year.

Matthew said “I am delighted to be joining Cappella Caeciliana as their Musical Director. They are a wonderful group of singers who have achieved a very high level of ensemble singing under their previous director, Donal McCrisken, and I am extremely excited to see what we achieve together in this exciting new chapter.”

David Macartney, our Chairman, said “It is with great pleasure that we can announce that Matthew Quinn has been appointed Musical Director of our choir. Matthew is an exceptionally talented musician with the energy and vision to lead Cappella in an exciting new chapter, building on the wonderful legacy of our former Musical Director, Donal McCrisken. Matthew’s skill in choral directing has already been recognised by the internationally acclaimed choral directors Harry Christophers and Eamonn Dougan, through Matthew’s work with the Genesis Sixteen.”